According to WHO/UNICEF, only 57% of Tanzania’s 57 million population have access to basic water services, while only 25% have access to safely managed sanitation. In rural communities, water shortages are acute. This forces people – particularly women – to spend a significant amount of time traveling long distances in search of water.

These journeys can be life-threatening. In Korogwe district, for example, we heard several stories of people being crippled or killed by crocodiles when collecting water from unprotected rivers, while outbreaks of disease such as cholera, diarrhoea and typhoid are common.

What do we do?

Media for Community Empowerment (MECE) believe local radio can play a key role in improving rural governance and water availability. From 22-26 July, we aired a one-minute advert on Morogoro’s Planet FM Radio that requested residents to text or call a special number regarding water shortages in their village.

After running the advert for one week, we received 215 text messages. After removing messages that did not convincingly demonstrate evidence of a chronic water crisis, we identified 173 messages that indicated the need to improve water governance. Though the crisis disproportionately affects women, we found that men were equally dissatisfied with water services in their village. Of the 173 texts, 87 came from men while 80 came from women (six people did not specific their gender). Here are some examples of the messages we received:

After contacting respondents to ask if they would be happy to host us, our journalists visited multiple villages to conduct interviews. We then used these interviews to launch Sauti Yangu (“My Voice”) – a radio program broadcast on local stations.

The program has a consistent format. We start by accompanying a villager on their journey to collect water to give listeners a sense of just how long it can take. We ask questions along the way before returning to the village to ask family members how the water crisis affects them. We then hold a discussion between three or four men and women from the same village. They explain the challenges of living without water, who they think is responsible and the government’s effort to fix the situation. For balance, we include a one-to-one interview with the village chairperson or village executive officer. 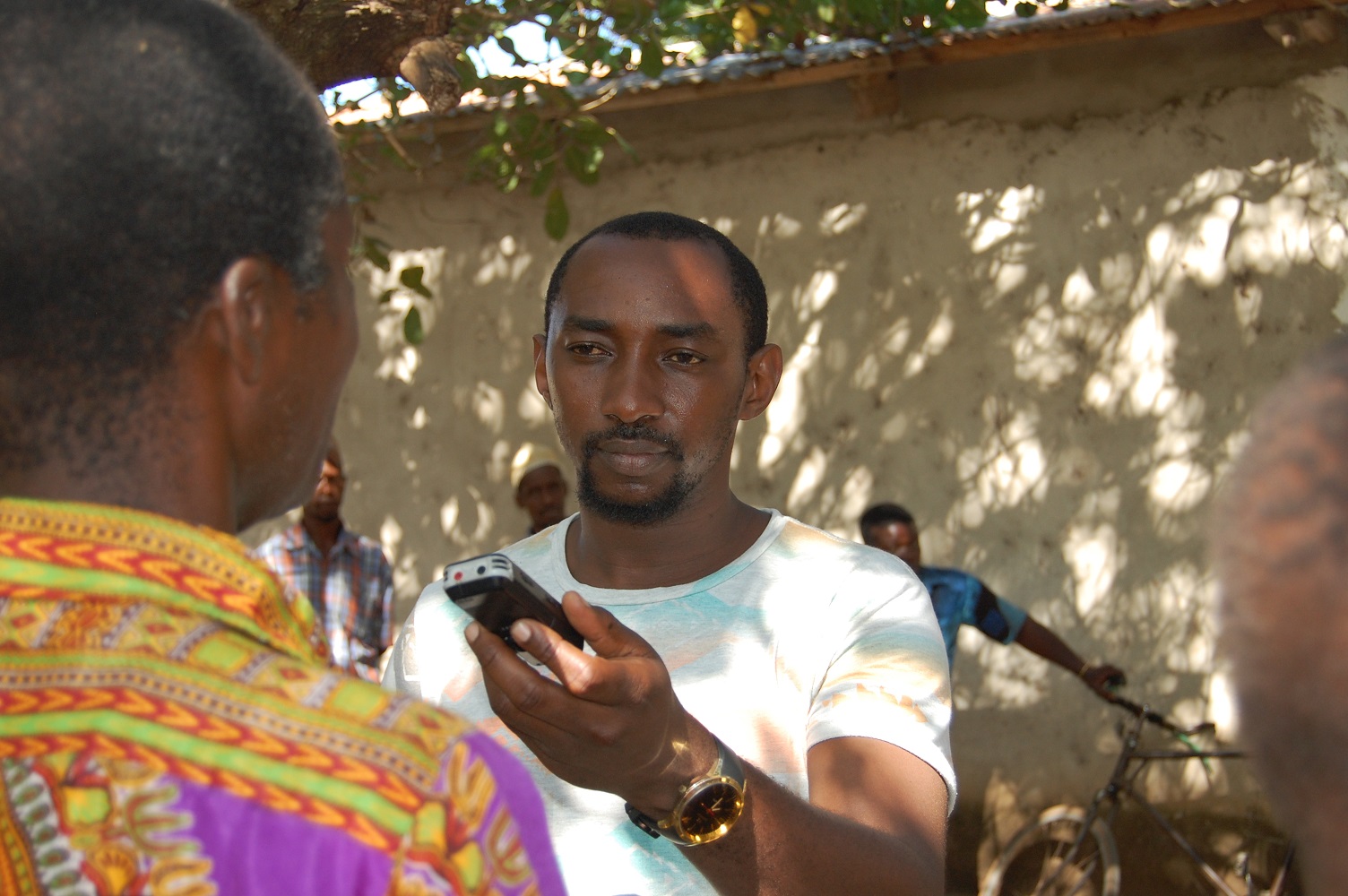 As well as broadcasting the interviews on local radio stations, we shared citizens’ concerns with local governments so they could escalate the matter with central government. We also met with Jumaa Hamidu Aweso, Tanzania’s deputy water minister, who responded positively to our work. We are awaiting the ministry’s action.

What did we learn?

What will we do next?

We aim to create a training scheme for young journalists that enables them to become conscious agents for community development and transformational change.

After initially focusing on Morogoro and Tanga, we will broadcast ten further episodes from other regions such as Mtwara, Arusha, Dodoma and Mara. We plan to record more programs in the future. We believe that My Voice’s unique approach has the power to amplify the voices of rural citizens and hold the government accountable for solving the water crisis.

(MACS)- Media for Community Empowerment is a Tanzanian Non-Governmental Organisation (NGO) which was founded in 2018 and became legally registered in 2019 with the Reg. No. 00NGO/R/0044 under the NGOs Act No. 24 of 2002, section 11 (1) and 17 (2) Tanzania Laws. The Organisation is based in Tanga urban district in Tanga region.